In order to change the batch cooling of the product into a continuous cooling, PDE developed an inline product film cooler for Naturex/Valentine Agro. The challenge was cooling down films of fruit, coming from steam powered drum dryers, in a limited time and space before entering the screw conveyors. PDE developed the principles which were tested in a small scale test facility in the Netherlands before scaling up to the real size in India. PDE prepared all detailed engineering documents for the product cooler which has been built in India. 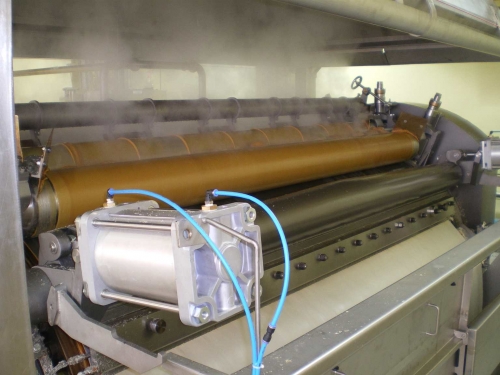